The Show Choir will offer up their beautiful voices in song and then they will ask the audience to assist them in singing traditional Christmas carols.

Jingle Bells Jury by Jay Moriarty features 20 actors in a delightful court room romp, during which a boy, who seems to have lost the Christmas spirit, is brought before the court in an attempt to rekindle his enthusiasm for the holiday. And the audience, who acts as the jury, helps in the proceedings!

About the Play: It starts off as the usual slumber party, complete with a scary ghost story and a parade of pajama costumes. Then a police car starts prowling the neighborhood in search of the Blue Light Burglar. And then comes the mystery girl!

A Guide to the Teenage Zone

About the Play: This is a light-hearted look at young teenagers who are still part child, yet emerging adults. A guide leads us into the everyday world of a group of 12 to17 teenagers starting early in the morning. We follow them to school, back home again and end with late-night phone calls reviewing events of the day as a new dawn approaches. In eight rich scenes, we see sophisticated, yet simple interactive relationships working together: Good Morning!, The Bus Stop, Homeroom, First Period, Lunch, The Bus Ride, The Afternoon, and Evenings and Telephones. Sometimes teens that seem a bit uninterested in their current life circumstance emerge as late bloomers. Regardless, teens come up with brilliant ideas and questions about life as they grow into adulthood. This play highlights some of this transition.

The BARNRAISERS: CLAGUE PLAYHOUSE YOUTH CHORUS, under the direction of Michelle Cha, presented a concert featuring some recent popular theater and movie numbers, as well as many popular Christmas songs. This chorus not only delighted you with their voices but also with their choreography.

They were assisted by Sarah Blubaugh, Jessica Filkill, Kelsey Jones, and Carolyn Riedel.  Congrats to our young playwrights on their hard work. Photos are from performance night #1: 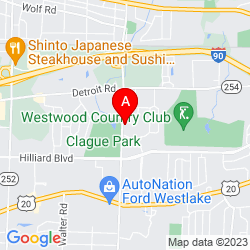